The EURCHF has been remarkably weak over the last few weeks Evan as the reflation trade has been expected. One of the reasons for that is certainly the fact that the euro has been weak on expectations of a double dip recession. The odd comment from the ECB that it can further reduce rates has obviously kept the lid on a euro break higher. Especially so now that the eurozone is playing catch up to the US on the vaccination roll out.

However, with that being said, there is a case to be made for the EURCHF to make a recovery from here. The CHF has long been bought since the Global Financial Crisis and had its shock highs against the EUR as the EURCHF peg was removed. That area serves as the ‘catastrophic floor’. If economies are set to rebound on a synchronised global growth narrative then the EURCHF could be a good pair to consider 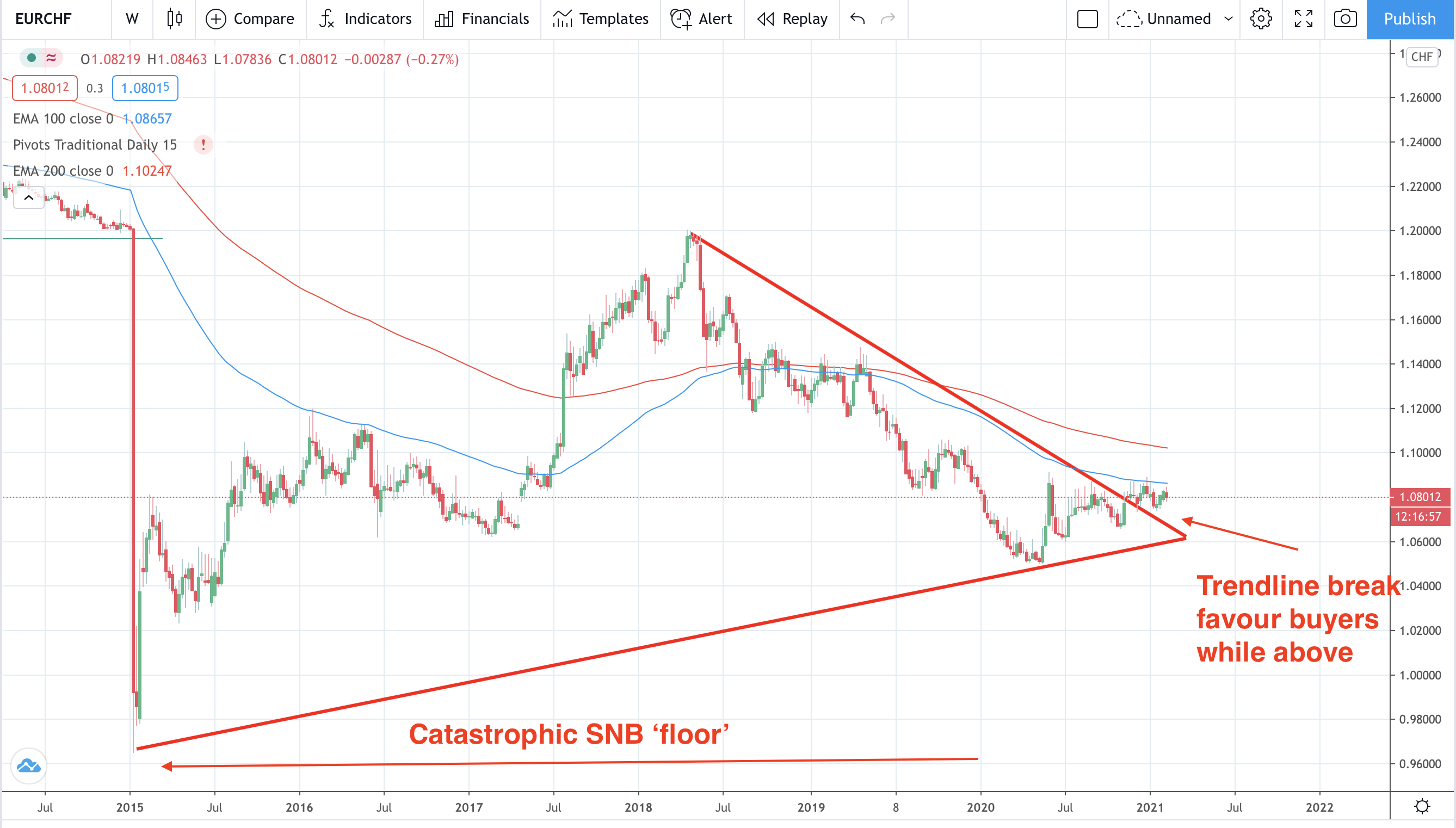 The risk, of course, is that the strength in the CHF is sounding a warning note against the deflation narrative and that markets have got ahead of themselves in the vaccine euphoria. However, will the EURCFH SNB floor hold whatever? Could be a nice pair to build into, but then the EURCHF has been stubbornly heavy for sometime now.